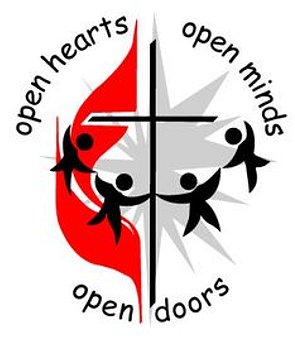 After thirty years as the Centerville-Newtown Charge (Easton District of the Peninsula-Delaware Conference of the United Methodist Church) and fifteen years of worshiping together by rotation, Charles Wesley, Earle's Chapel, and ten members formerly of a third church on the charge, joined together as one church.  The newly formed union chose the name New Life Community U.M. Church.  The Charles Wesley building was chosen as the location and the congregation officially worshiped under its new name on January 1, 2005.

HISTORY OF THE CHURCH

Rev. Holdbrook-Smith remained the pastor of New Life until 2013 when he was recalled to the Baltimore-Washington Conference and appointed to another charge.

The building in which New Life worships is one to the oldest black church buildings in Queen Anne's County, Maryland.  The date on the original cornerstone is 1873, but the congregation was established prior to this date.  Open air services were held at first and many members were organized into prayer groups or classes.  According to the records, Philip Taylor gave a parcel of land for a building which was used for about 35 years.  Later, many members of the congregation became involved in fund-raising for a new structure.  The cornerstone of the new church was laid in 1909.  The total cost of this building was $3,500.  After many years of struggle, the church was sold in the mid-twenties at a public auction.  It was purchased by Mr. David Taylor and sold to the trustees for $700.00.

According to Conferrnce Minutes, the Delaware Annual Conference was held at the Charles Wesley Church, Centreville in 1882.  The Presiding Bishop was Randolph S. Foster.

Dr. J.W. Golden, Associate Secretary of Evangelism held an Evangelistic meeting at the church in November, 1946 and in June 1954 the conference-wide Youth Assembly was held at this location.

These and other nuggets of the history of Charles Wesley Church were researched by Mr. Lewis Allen and Dr. Leon Taylor.

Earle's Chapel U.M. Church was founded in 1876 on land given by the Earle family who lived on a farm on Raskob Road.  The church grew from a log building to a much larger structure which was destroyed by fire.  Under the pastoral leadership of a young minister, Rev. Dennis Fletcher, plans were made to build a new structure.

The United Methodist Women, The Busy Bee Club and the trustees worked together to prepare the new building for worship and other activities of the church.

Former Pastors of the Centreville-Newton Charge

New Life Community United Methodist Church is a church that will bring people to Jesus Chrust.  We will nurture individuals through the ministries of Worship, Stewardship, Evangelism, and Christian Education, while preaching the gospel and welcoming people into the body of Christ.